The Institute for the Study of French Australian Relations (ISFAR) was founded in 1985. Click here to view the Purposes and Rules of ISFAR updated 22 March 2017 (425Kb PDF).

ISFAR recognises the following life members for their longstanding and invaluable contributions. 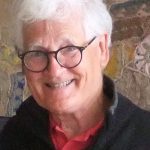 Emeritus Professor Colin Nettelbeck founded ISFAR in 1985. With Wallace Kirsop and Dennis Davison, he co-founded Explorations (now The French Australian Review). He served in various roles (including president) in ISFAR from 1985 to 2000, and returned as president from 2011 to 2018. During the latter period, his policies emphasised the research profile of the Institute, including upgrading the review, and creating a dedicated Research Committee and the French Australian Dictionary of Biography, to which he has contributed several entries. As an academic, he taught at the University of California (Berkeley) and Monash University before being appointed inaugural A.R. Chisholm Chair of French at the University of Melbourne in 1994. He has published widely on modern and contemporary French literature, cinema, and cultural history, has contributed regularly to Explorations and The French Australian Review, and is currently writing the story of the Crivelli family in Australia. He is a life member of the Australian Society for French Studies, and also of the Alliance Française de Melbourne, where he served as Vice-President and then President from 1977 to 1984. He was also President of the Fédération des Alliances Françaises en Australie from 1981 to 1991. He is a Fellow and former Vice-President of the Australian Academy of the Humanities, an Officier of the Palmes Académiques, and a Chevalier de la Légion d’Honneur. 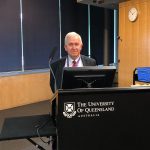 Adjunct Professor Wallace Kirsop is one of Australia’s most eminent scholars in French Studies and in book-trade history. As well as French language and literature, he pioneered and taught French social and cultural history at Monash University from 1962 until 1998 when he retired. He was editor of the Australian Journal of French Studies from 1968 until 2002, and founding editor of the ISFAR journal Explorations, which, with occasional short breaks, he edited from its first number in 1985 until his retirement from the position in 2008. He made numerous personal contributions to Explorations, and continues to work in the field of French-Australian relations, including contributing to the French Australian Dictionary of Biography. Following his retirement, he was appointed Honorary Professorial Fellow in the School of Languages, Literatures, Cultures and Linguistics at Monash University. He taught book history at several Melbourne Rare Book Week events, and in 2008 he was Honorary Director of Monash University’s Centre for the Book. The Bibliographical Society of Australia and New Zealand named one of its awards the “Wallace Kirsop Conference Bursary”, since he had been one of its founding members and a “distinguished member” since 1969. He was elected a Fellow of the Australian Academy of the Humanities in 1980, made a Chevalier dans l’Ordre des Palmes académiques in 1973, and an Officier dans l’Ordre des Palmes académiques in 2003. 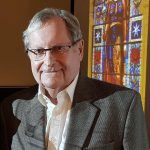 Emeritus Professor Ivan Barko was born in Budapest in 1930. Educated in Hungary and Belgium, he holds a first degree from the University of Brussels and a Doctorate from the University of Strasbourg. He settled in Australia in 1956 and taught French language and literature at Newcastle University College (1957-61) and at the University of Melbourne (1962-67). In 1967 he was appointed Professor of French at Monash University and from 1976 to 1990 he held the McCaughey Chair of French at the University of Sydney where on his retirement he was appointed Emeritus Professor. In 1993 he returned to the University of Melbourne for eighteen months as a Visiting Professor and Foundation Head of the School of Languages. In the 1980s he was president of the Alliance française of Sydney for a three-year term and also served on the Australian Research Grants Committee. A Fellow of the Australian Academy of the Humanities and a Commander in the Order of the Academic Palms (France), he published critical essays on Racine, Baudelaire and Maurras. After his retirement from the Sydney Chair, his research interests shifted to the history of French-Australian relations and he joined the editorial team of Explorations, later re-named The French-Australian Review. He was co-editor of the journal from 2008 to 2016, initially with Jana Verhoeven and subsequently with Elaine Lewis. He has also contributed several entries to the French Australian Dictionary of Biography.

Dr Patricia Clancy taught for almost thirty years in the French Department of Melbourne University before taking early retirement to pursue her interest in French writing on colonial Australia while taking up a second career as a literary translator, for which she has won several prizes in Australia and the UK.  Before leaving Melbourne University in 1988, both she and colleague Dr Colin Thornton-Smith managed to have examples of French writing on Australia included in the first-year syllabus. They were also committee members of ISFAR from the beginning and collaborated to produce an Analytical Checklist of French Fiction and Pseudo-Memoirs Set in Colonial Australia. With Jeanne Allen she translated Céleste de Chabrillan’s gold-rush memoirs under the title of The French Consul’s Wife (MUP), and she is also an overseas Member of the Académie de Rouen for her work on the 18th Century writer, educator and journalist, Mme Leprince de Beaumont. She has contributed many articles to Explorations/The French Australian Review on writers who influenced French perceptions of Australia, e.g. Céleste de Chabrillan, the comte de Beaumont, Jules Verne, and “Tasma”, as well as lesser-known nineteenth century French writers and fiction on colonial Australia. These cover a wide range, from a play written during the Revolution, mid-century fanciful tales for children, to Albert Robida’s early ‘graphic novel’. At present she is working on several entries for the projected ISFAR publication of a French Australian Dictionary of Biography. 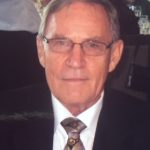 John Drury OAM was a founding member of ISFAR from the time it was established at Monash University in 1985. He was a committee member from 1985 to 2017 when he was made an Honorary Life Member. John was ISFAR Committee liaison with the French Consul to arrange for a grant from the Ministère des Anciens Combattants et Victimes de Guerre to restore the grave at the Melbourne General Cemetery of Nicolas Emile Mouchette, Chancelier and Acting Consul in Melbourne from 1881-84. John has an engineering background and worked for some time in a contract design company in Canada. On his return, he spent twenty-three years working with Alcan Australia in design and management in the aluminium industry. Before retirement, he worked as a consultant for a Melbourne showcase company, designing modern, quality glass and aluminium display cases for major libraries, galleries and museums throughout Australia. John is the Manager of the C J La Trobe Society, and was in 2001, one of its founders. In 2006, he was responsible for commissioning from sculptor Peter Corlett the bronze statue of Charles Joseph La Trobe located on the forecourt of State Library Victoria. Subsequently, he wrote the book The Making of a Statue: Charles Joseph La Trobe (2010) which describes in detail the technical processes involved in creating a sculpture in bronze. His forthcoming biography Two French Sisters in Australia: Berthe Mouchette and Marie Lion will be published in 2021. In 2015, he was honoured with the Order of Australia Medal ‘For service to community history through a range of roles’. 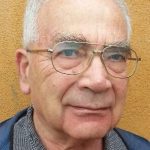 Tom Rado was one of ISFAR’s founding members in 1985 representing the French-Australian sector being the then president of AFAS (Australian French Association for Science & Technology) at the invitation of Prof. Colin Nettelbeck, ISFAR’s founder. He was an Executive Committee member from 1985 to 2012, Honorary Treasurer from 1998 to 2012, Membership Officer from 2000 to 2012, and also acting Secretary from time to time during this period. On his retirement from the Committee, Tom was elected as a Life Member. Although not an academic, nor a linguist or historian, Tom is very interested in French culture, history, technology, science and current affairs, especially the connection to Australia – past and present. 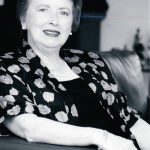 Dr Dianne Reilly AM FRHSV was a founding member of ISFAR from the time it was established at Monash University in 1985, and a committee member until 2017. President from 1991-97, she was made an Honorary Life Member in 2017. In 1984, Dianne convened the French community group curating the exhibition ‘The French Presence in Victoria 1800-1901’ held at the Victorian Artists’ Society, East Melbourne. From the mid-1980s, the ISFAR Committee, in liaison with the French Consuls, arranged for a grant from the Ministère des Anciens Combattants et Victimes de Guerre to restore the grave at the Melbourne General Cemetery in 1994 of Lionel Comte de Chabrillan, first French Consul in Melbourne (1852-58). Dianne graduated in 1974 as a Bachelor of Arts from Monash University majoring in French and English, and in 1984, a Master of Arts, her thesis based on the life of French journalist Antoine Fauchery, pioneering photographer and gold-seeker in Victoria in 1852. Qualifying as a Librarian, she worked in every department of State Library Victoria over her long career of 49 years. Through a French Government professional exchange program with Australia, she worked at both the Bibliothèque Nationale and the Centre Pompidou Library in Paris in 1977-78. She was decorated by the French Government in 1988 with the Palmes Académiques for ‘Services to the French Community in Victoria’. In 2008, she was made a Member of the Order of Australia for service as a librarian and historian, and ‘for promoting relations between France and Australia’. Her doctoral studies at the University of Melbourne resulted in a PhD in 2003 on Lieutenant-Governor Charles Joseph La Trobe about whom she has published widely. In 2001, Dianne was a co-founder of the La Trobe Society, and is currently its Secretary.