My original plan for tonight was to present an outline of ISFAR’s history. Events of the past week have led me in to reflect a bit differently, Thirty years ago, when Wal Kirsop, Denis Davidson and I were setting up ISFAR, we knew that there were important reasons for studying French Australian relations. I think we even knew that not all of those reasons had to do with the past – with that complex web of interactions and influences that had begun to be woven even before La Pérouse sailed into Botany Bay in Governor Phillip’s wake in 1788. But I’m sure we had no idea that French Australian relations would become the strongly defined field of study that it has turned out to be, or that the journal that we entitled – in a realistically modest way – Explorations, would come to change its name to The French Australian Review. That particular change reflects the shift from our initial eager enthusiasms to discover and uncover to the more assured confidence and scholarly endeavour of our present situation.

In 1985, we could not know all those things. Nor could we know how crucially relevant our field of study would become, in the context of the quite revolutionary and globalising changes that have occurred in the world in the course of those thirty years, and in our ways of looking at the world. This year, 2015, has seen tragic and monstrous events in France – in January, and again in November – and these events have obliged people and peoples around the world to look to the things that they hold most dear, to the beliefs and values that give meaning to their lives and their social practices. In the present circumstances, it is significantly consoling to recognise that we in Australia share a great many of those beliefs and values with France and the French, and to remember that our solidarities are not an abstraction, but the fruit of more than two centuries of shared traditions and experiences. And it’s thanks to those traditions and experiences that we can have some measure of confidence about the future. Australians and French people have a friendship which is sometimes, unwisely, taken for granted. But the events of the past week have shown its strength, and have demonstrated that it will not be shaken or diminished by the forces of destruction. Au contraire, Australians and French will continue to stand side by side in resistance against those who promote hatred and violence and death, and we will continue our common affirmation of the freedoms of mind and spirit and belief, of the right to question authority, of tolerance, of the love and welcoming of diversity and invention that underpin our cultures, our sense of humanity, our institutions. It is our common vocation and our common duty.

The growth and consolidation of ISFAR would not have been possible without the enduring commitment of its members, committee and office-bearers. I thank each and every one of them, some of whom have been serving since the very beginning. To name everyone and to list their contributions would make for a speech longer than what our time tonight allows for: but all deserve our thanks – our presidents, secretaries, treasurers, committee members; our editors, editorial teams and boards, our researchers, our readers, our so-called “ordinary” members. I do want to pay homage to three very special people who, if we had an honour roll, would certainly be at the top of it: they are Dennis Davison, who first had the idea of founding our journal; Colin Thorton-Smith, who contributed both editorial work and sage analytical studies; and Kate Jones, whose desktop publishing expertise allowed her, with unfailing graciousness, to help promote the professionalisation of our flagship. Their work ensures that we shall not rest on our laurels.

Particular thanks tonight go to Dianne Reilly who, together with John Drury, has managed the material organisation of our soirée, and also to Myriam Boisbouvier-Wylie, who has once again shown her extraordinary generosity by offering us these lovely premises for our gathering. We have received a number of apologies for tonight, including those of John Wylie, Glyn Davies and Alastair Hurst, to mention just a few. Alastair, a former ISFAR President, is tonight attending a memorial service in Ballarat for the victims of last Friday’s brutalities in Paris.

As you know, one of the main purposes of tonight’s gathering is to have a dedicated Victorian re-launch of the wonderful book French Lives In Australia. Conceived by the former Consul General in Sydney, Eric Berti, and brought into existence by an exemplary collaboration of Ivan Barko and individual researchers from across the country together with ISFAR and Australian Scholarly Publishing, this work provides us with many good reasons to rejoice in our francophilia and in our ongoing study of French Australian relations. Please join me in welcoming Myriam Boisbouvier-Wylie, our beloved Honorary Consul-General, who has accepted the task of presiding over this new launch.
Colin Nettelbeck 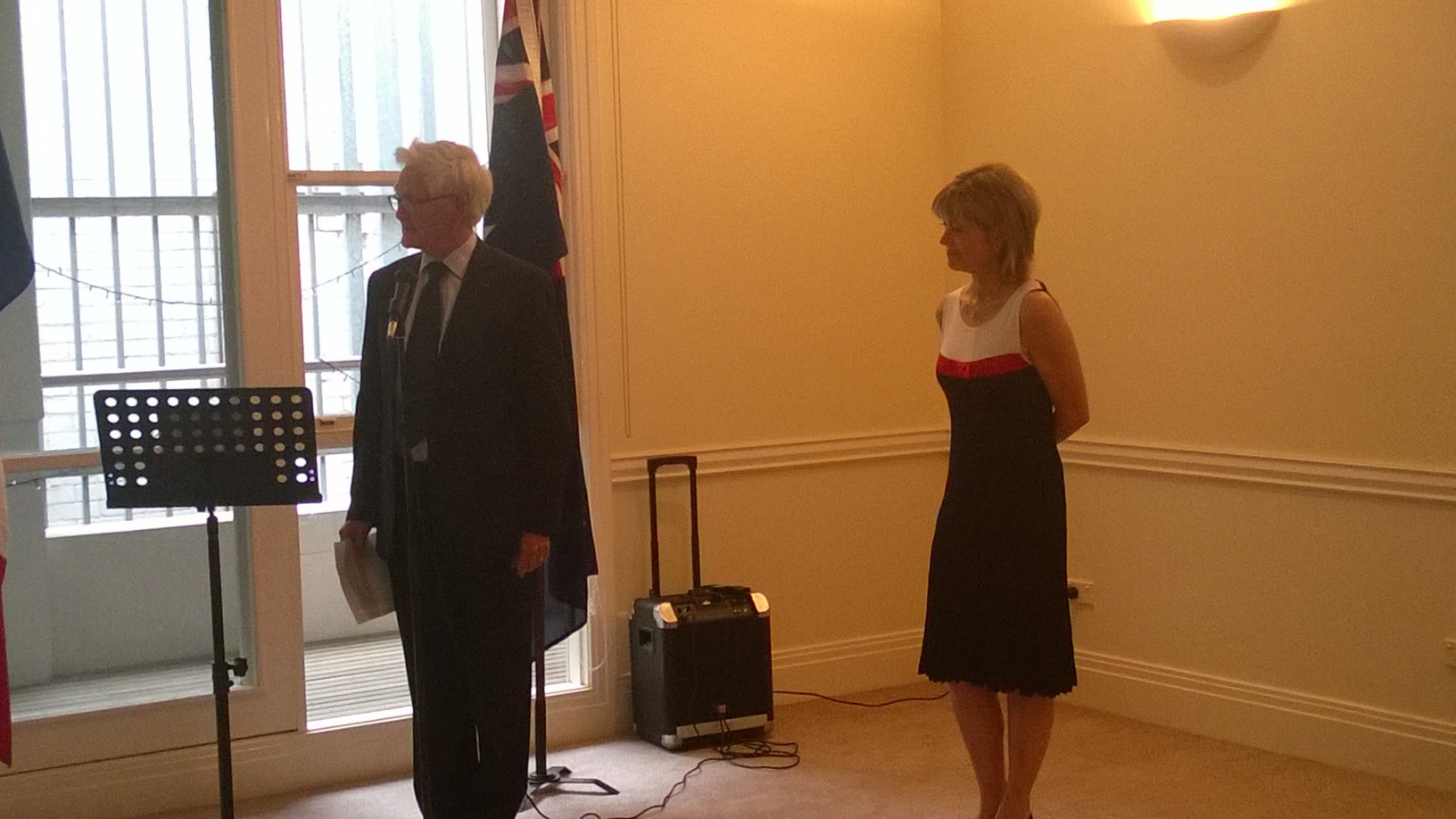 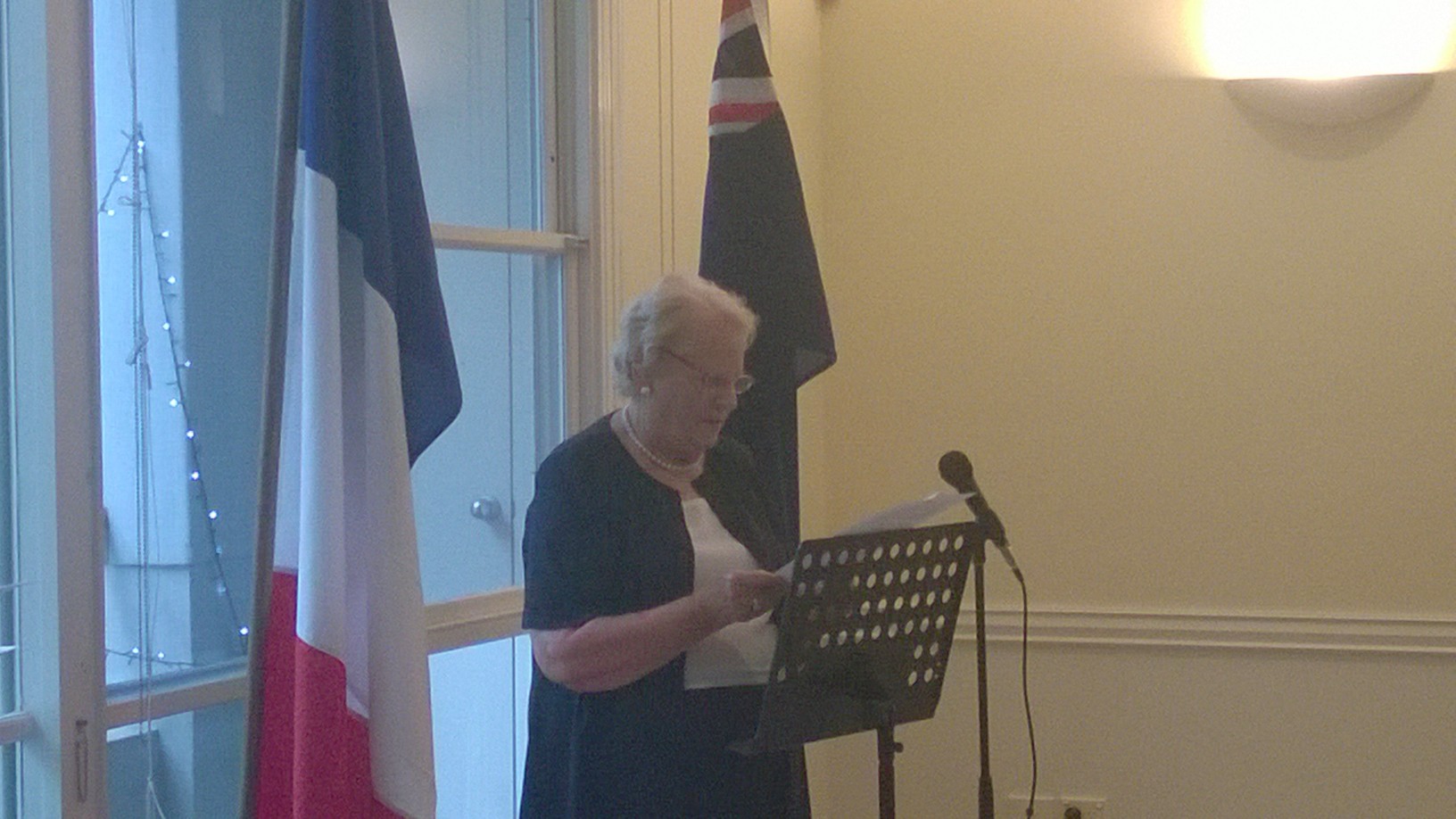 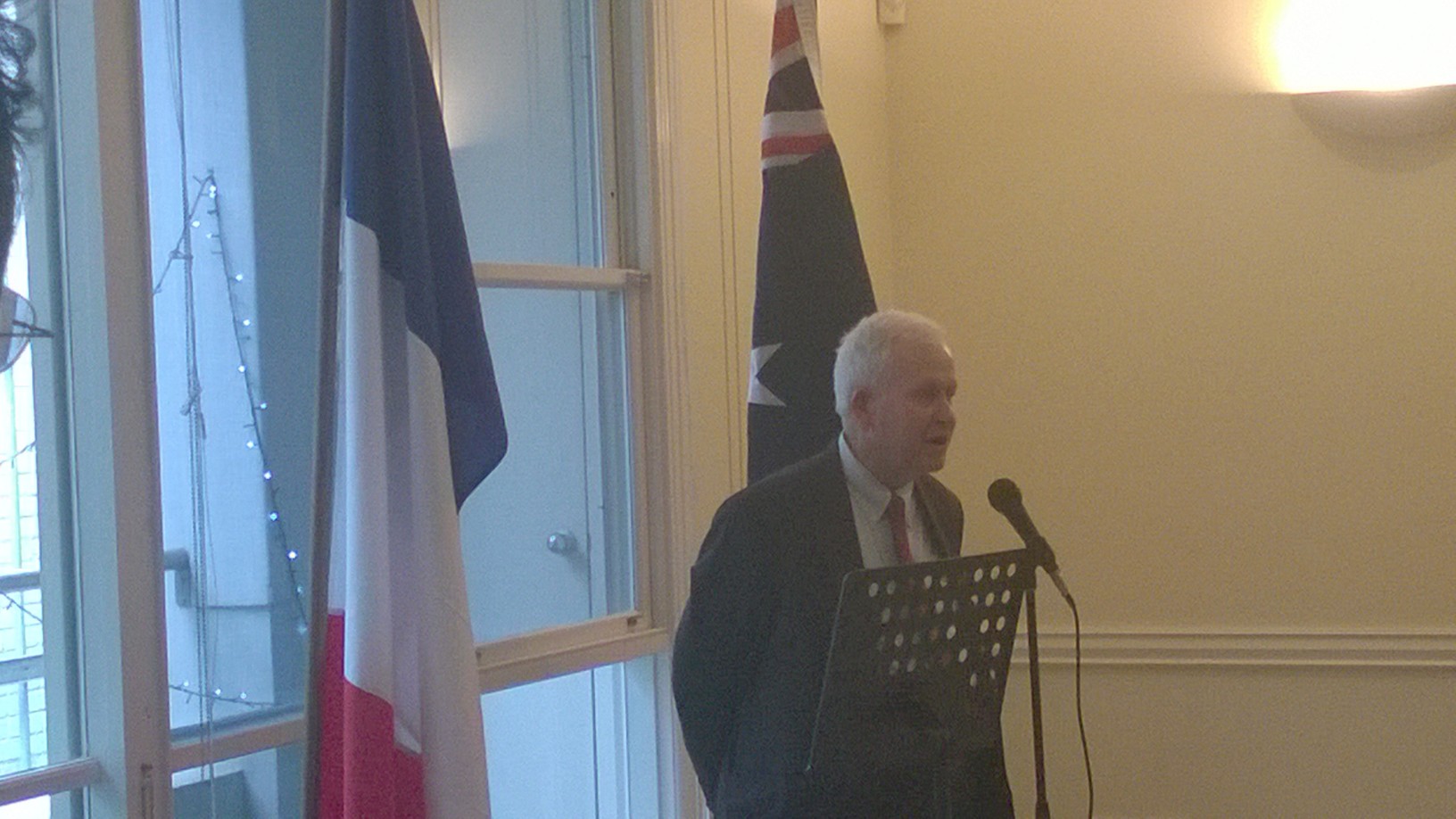 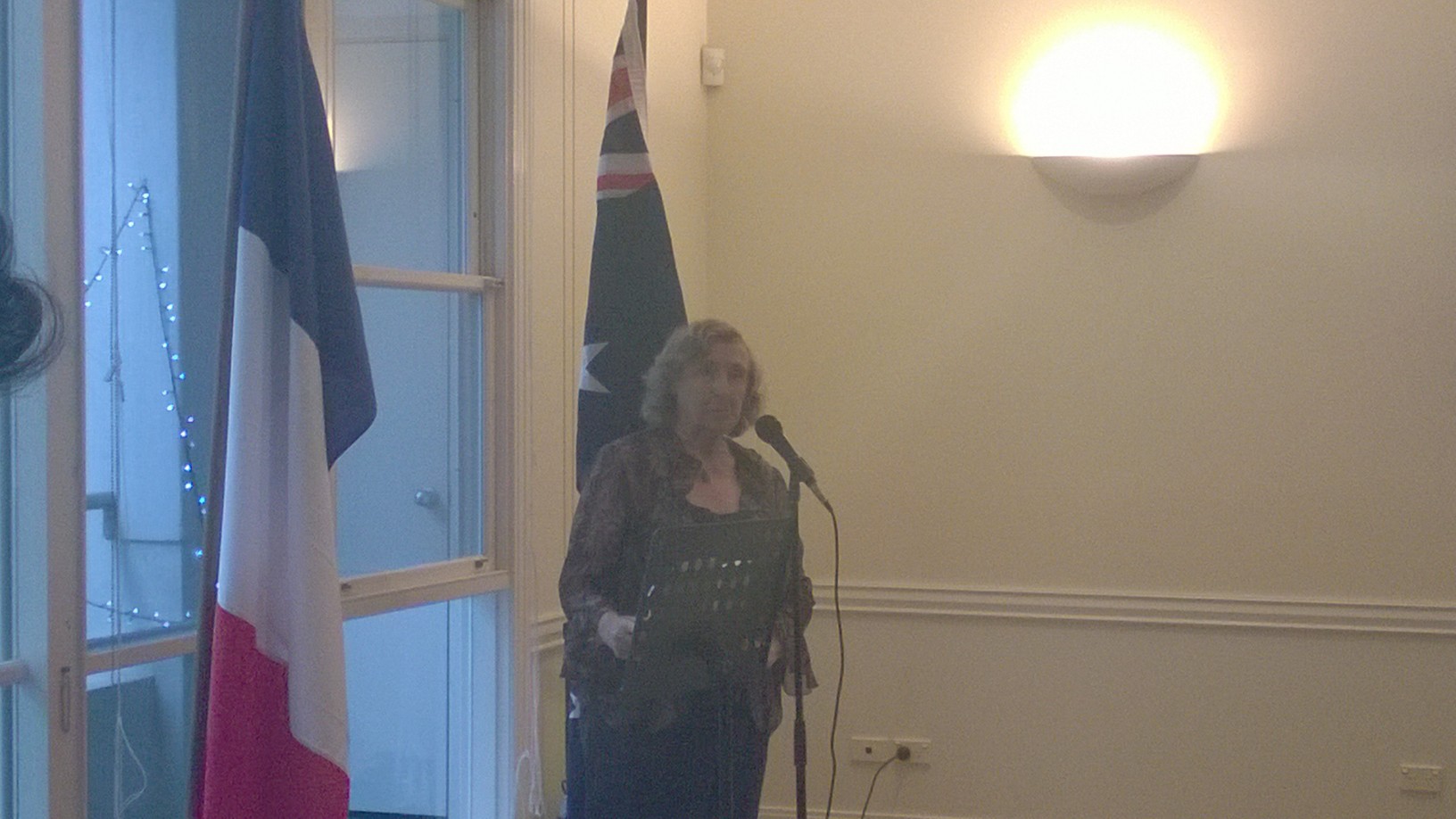 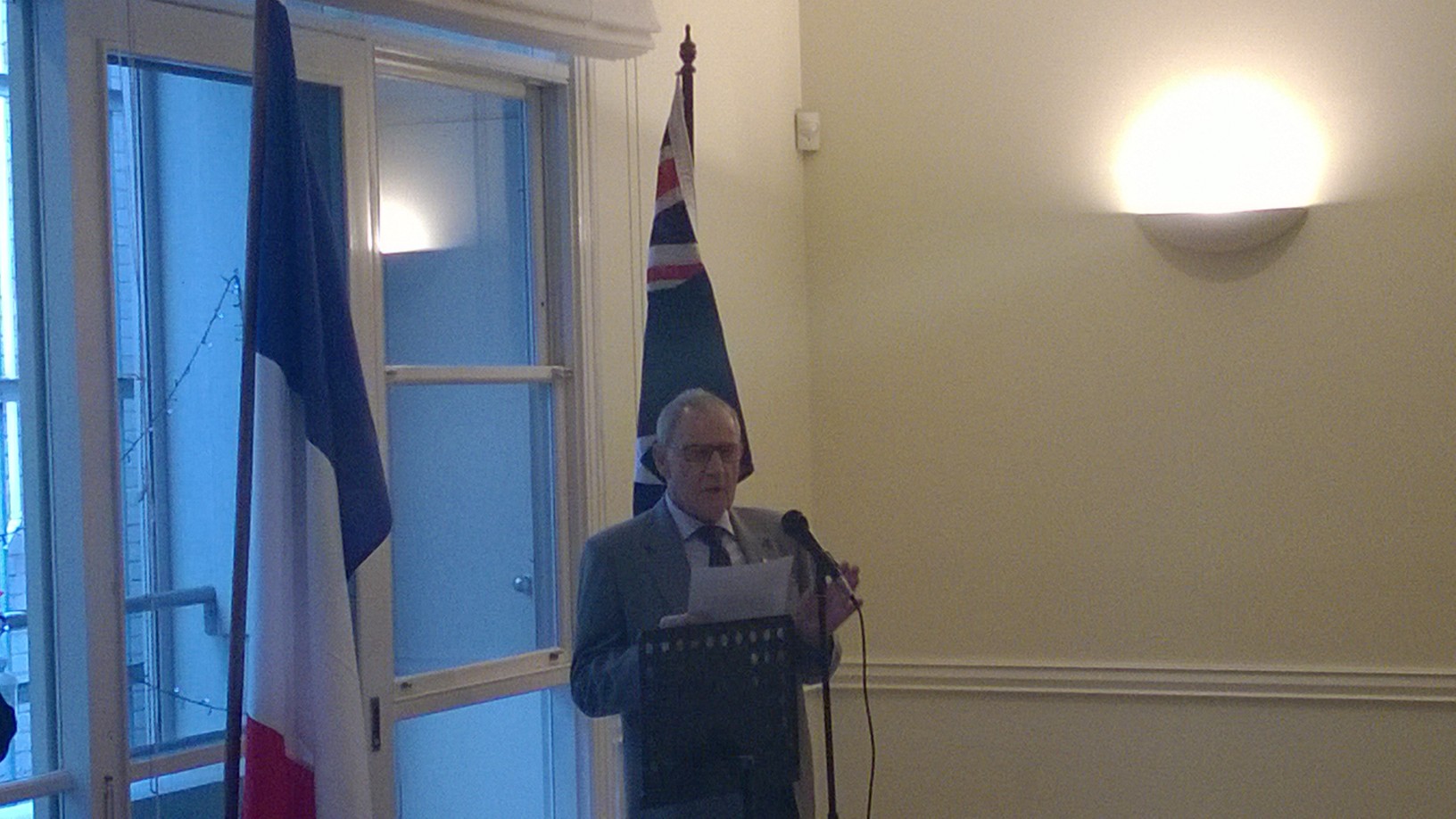 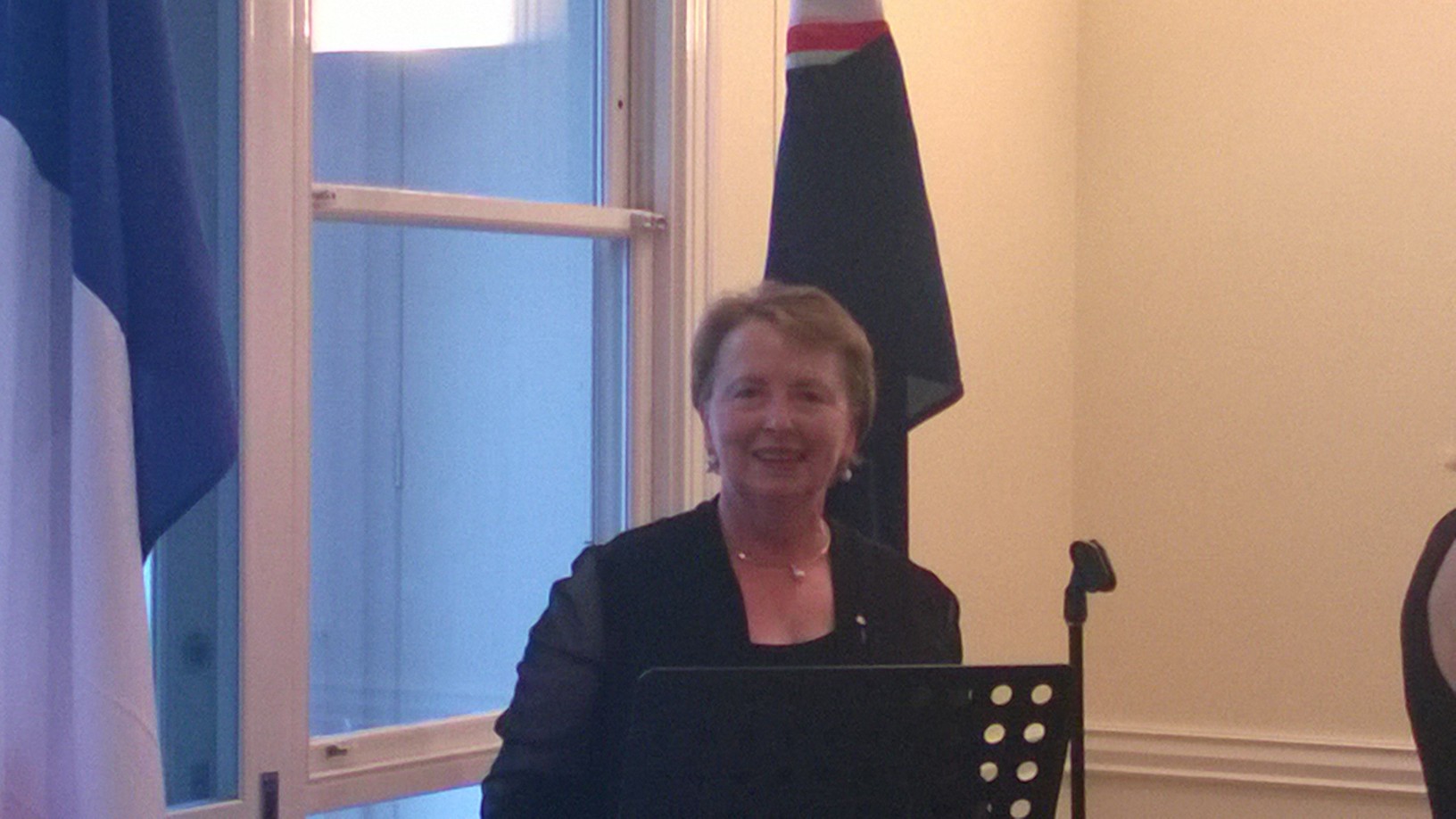 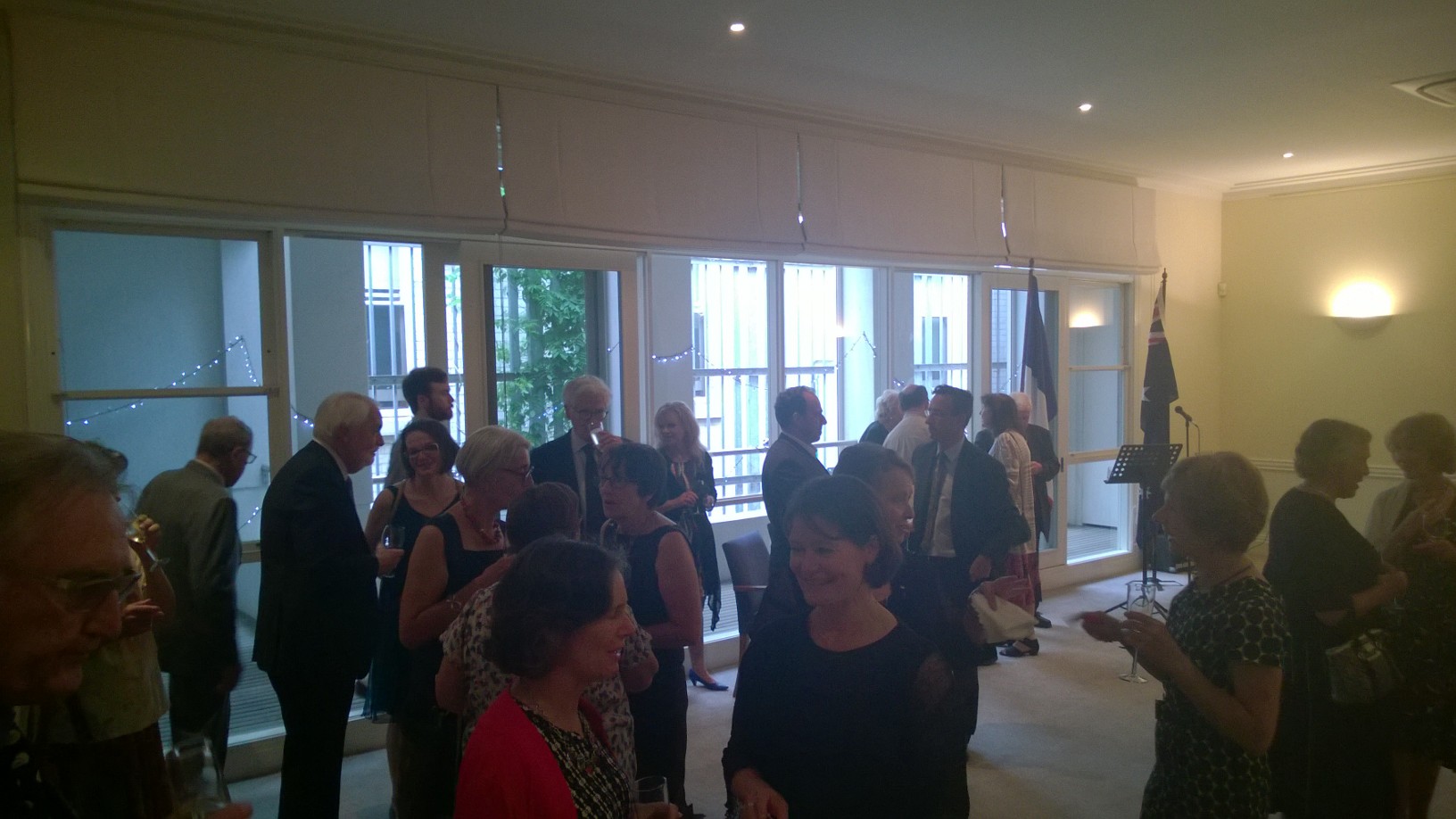 Some Key Landmarks in ISFAR History

May 1985 Publication of the first number of Explorations
31 May – 1 June 1985 Symposium held at Monash University: “France-Victoria Connection”
11 September 1985 The creation of the Institute for the Study of French Australian Relations is recognised by the Monash University Arts Faculty Board
1988 Rediscovery of the Melbourne French Consular archives (See “The Consul’s Treasure”, Explorations 7, December 1988)
26 June 1996 ISFAR is incorporated under the Associations Act 1981.
2008 Explorations becomes a refereed journal
2010 ISFAR and The Melbourne Salon initiate an ongoing collaboration for discussions/seminars
2013 Special Issue of Explorations on the thirty-five years of history of the Melbourne French Theatre
2014 ISFAR’s new statutes filed in accordance with new association regulations.
Explorations becomes The French Australian Review (with Number 56)

Updated October 2015
French Lives in Australia – the book is to be launched at the end of year ISFAR reception on Thursday 19th November 5.30pm – 7.30pm. See the Events tab for details and the Membership tab for prior reservation and payments.

Updated August 2015
An anthology of twenty-four biographical essays on remarkable French women and men who left their mark on Australia.
This project was conceived by French Consul General Eric Berti, whose term in Australia is nearing its end. It has attracted strong support from ISFAR and its journal The French Australian Review (previously Explorations), as well as a Melbourne publisher, Nick Walker, of Australian Scholarly Publishing.
The book (approx. 450 pages) is now available in book shops. (ISFAR’s pre-publication offer is no longer available.) 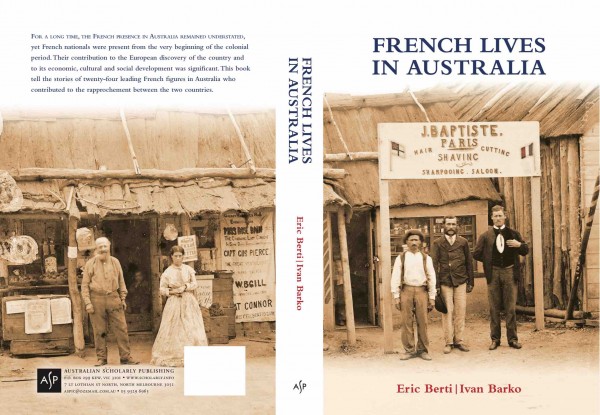 CONTENTS OF THE BOOK “FRENCH LIVES IN AUSTRALIA”