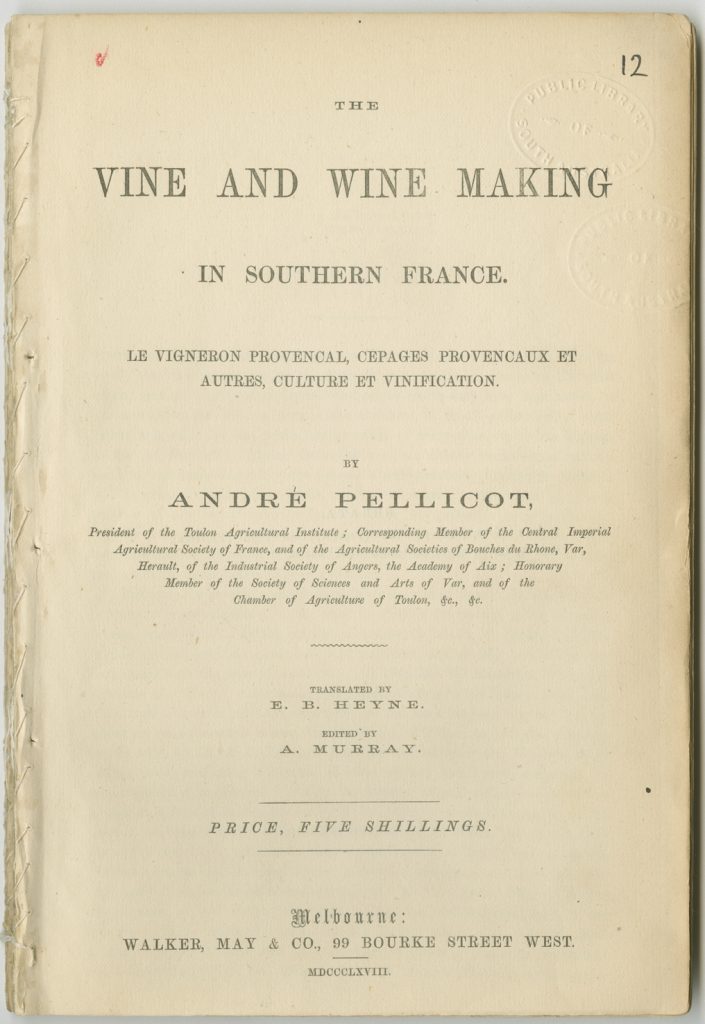 By mid-nineteenth century, French vignerons had established vineyards, and French viticultural manuals were translated for use in Australia, often adapting French techniques to different environments.

Over 200 years a pattern of reciprocal exchanges and collaboration developed between the two countries, occasionally interrupted by war and according to the fortunes of wine.

FRANCE, AUSTRALIA AND WINE celebrates this important ongoing relationship between the two countries, documenting the lives and achievements of the most significant players, both French and Australian, and adding their biographies to the FADB. The research, coordinated by Professor Barbara Santich and supported by ISFAR, will be collected into a future publication highlighting the current links and exchanges between the two countries and the strength and endurance of the French-Australian wine relationship.