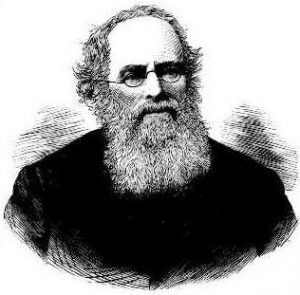 William Macarthur was an Australian pioneer, politician, horticulturalist and vigneron who drew on his knowledge of French viniculture to develop the commercial wine industry in Australia and promoted Australian wine and other products at the Paris Exposition Universelle of 1855. The fifth son of John Macarthur, acclaimed by many as the founder of the Australian wool industry, and his wife Elizabeth, William was born at Elizabeth Farm, Parramatta on 15 December 1800. With his elder brother James, he was tutored in Sydney by Gabriel Huon de Kerilleau, a French émigré who had served in the New South Wales Corps with their father. From 1809, both boys attended Rugby School in England.

In 1815, William and James were taken by their father to Paris and then travelled to the Canton de Vaud, an important wine-growing area of Switzerland. In February 1816, they travelled with two Swiss vinedressers to Marseilles and Paris and reached England in August 1816. The three Macarthurs boarded the East Indiaman ‘Lord Eldon’, which left England on 9 April 1817, reaching Sydney on 30 September 1817. William Macarthur henceforth devoted himself principally to his agricultural, horticultural and vigneron activities, including helping his father manage Camden Park Estate. He was close to his brother James and spent most of his life living with James and his family at Camden Park, where he had his own bachelor wing. He never married.

William Macarthur, along with other family members, acquired extensive grazing properties, mainly in the southern highlands and central west of New South Wales, particularly along the Murrumbidgee River. In 1825, they had convicts assigned to their employ. In 1838, William, James and their brother Edward borrowed £10,000 to buy the Belmont estate at Camden, where they built an inn, twenty cottages for selected English migrants, and an Anglican church (St John’s Anglican Church, which still operates to this day).

At Camden, William Macarthur carried on horse-breeding and important horticultural activities. He was a competent horticulturalist who experimented with seed propagation and irrigation. He also sent plants to London. He was particularly interested in camellias of which he developed more than sixty new varieties, one of which, named Camellia japonica ‘Aspasia macarthur’ in 1831, was possibly the first Australian cultivar of the camellia. He also grew other flowers, as well as fruit and vegetables. He is commemorated in the genus Macarthuria and the species Cyathea macarthurii and Ptychosperma macarthurii. He built a heated hothouse for the growing of imported orchids. In 1843, 1845, 1850 and 1857, he published extensive catalogues of the plants grown at Camden Park, where he also introduced dairying.

Drawing on knowledge obtained in France and Switzerland, Macarthur developed the first commercial vineyard in Australia, establishing important vineyards and cellars at Camden in 1820. In July 1830, he provided a large quantity of grapevine cuttings to the Sydney Botanic Gardens for distribution, to encourage plantings in the colonies. He undertook wine making, importing several families of German vineyard workers, and by 1849 his 10 hectare vineyard produced over 73,000 litres of red and white table wines, as well as brandies. In addition, there were 130,000 litres of wine in storage. He won many prizes for his wines, including in Paris, and also judged wines in local competitions.

On 30 October 1839, William and James petitioned the Governor, seeking to avoid any interference with the right of Australian vintners to distil from the juice of the grape. They wrote that ‘for more than twenty years past [we] have been engaged in a series of experiments with a view ultimately to establish the cultivation of the vine upon an extensive scale’. They argued that wine is a ‘cheap and wholesome beverage’ and a most effective check upon the consumption of ‘ardent spirits’. In May 1840, William and James again petitioned the Governor along the same lines, this time also advocating procuring the services of German vinedressers until local workers were trained.

William Macarthur gave advice freely and published ‘Letters on the Culture of the Vine, Fermentation, and the Management of Wine in the Cellar’ (1844), first published in the Australian (1842-1844), under the nom de plume of ‘Maro’. He also published ‘Some Account of the Vineyards at Camden’ (1849). As President of the New South Wales Vineyard Association, he continued to publish informative material regarding vineyard management and wine making. He also published on fruit growing and preserving, notably strawberries, and wheat diseases.

In 1822, Governor Brisbane proposed offering a magistracy to John Macarthur. However, this proposal aroused so much opposition that Brisbane was forced to withdraw his offer. A magistracy was then offered to James and William, who both declined. However, both men were made Justices of the Peace on 9 February 1825, their appointments renewed on 21 June 1827. William Macarthur’s appointment was further renewed on 7 January 1830.

In July 1840, he helped organize an association for promoting assisted immigration. In 1845, he declined an invitation to nominate for the seat of Camden in the New South Wales Parliament and, in 1848, he stood unsuccessfully for the seat of Parramatta. Although never a keen politician, in March 1849 he was elected to represent the Port Phillip district in the first Legislative Council. He was in favour of the separation of the Port Phillip district from the remainder of the colony of New South Wales, separation that took place in 1851. He considered that the evils of the convict system were due principally to bad masters and negligent or corrupt officials rather than to bad conduct by most convicts. On 1 September 1851 he was appointed an Elective Member of the Legislative Council until 31 January 1855. He was a Life Appointment to the Legislative Council, under the Constitution Act, from 26 October 1864 until 22 August 1882, when his seat lapsed due to non-attendance.

In 1854, Macarthur was appointed Commissioner representing New South Wales to prepare products from the Colony for the Paris Exposition Universelle of 1855. He resigned his seat in Parliament and went to Paris at his own expense with the exhibits. These included wools, wines and native woods, of which he had 130 different kinds from the Illawarra alone. The NSW exhibit was voted a credit of £1500, of which £900 was spent on salaries – Macarthur was not paid – leaving only £600 for all other expenses. Hence, various articles of furniture and veneers made from Australian woods were sold off following the Exposition, producing a ‘trifling credit.’ His command of French was useful in Paris when he remonstrated successfully with French officials regarding the New South Wales exhibit. Macarthur complained that the space was much smaller than requested and that the transport of the exhibit materials was very slow. He succeeded in securing ‘300 superficial feet in one of the very best situations in the Palais d’Industrie’, according to The Maitland Mercury and Hunger River General Advertiser. During the Exposition¸ Queen Victoria, accompanied by Emperor Louis Napoléon, visited the NSW exhibit; the latter pointed out the NSW wines as having received high honours. Macarthur became chevalier of the Légion d’Honneur by imperial decree dated 28 September 1855, apparently the first such award to an Australian, and was knighted by Queen Victoria on 12 March 1856. In 1855 and 1856, he toured European vineyards, before returning to Sydney on 17 November 1857.

In 1861, he collected items for the Great London Exhibition of 1862 and travelled to London. He was invited to be the Second Commissioner, but declined, believing the success of his former service entitled him to the chief position. He returned to Sydney in March 1864 and was appointed to the Legislative Council later that year. In January 1879, he resigned as a commissioner from the Sydney International Exhibition of 1879, citing infirmity.

Macarthur played an important part in the intellectual life of Sydney, being on the committee of the Australian Museum from 1836 and a trustee from 1853. He was vice‑president of the newly founded Acclimatisation Society of NSW in 1860, and president, then senior vice-president, of the Agricultural Society of NSW. He was a member of the Senate of the University of Sydney (1860‑1880). In February 1861, he was made an honorary member of the Société Impériale Zoologique d’Acclimatation. He became a trustee of the Free Public Library in 1870 and, in the same year, was elected vice‑president of the Australian Club, later becoming president (1879-1882). He was regarded as an important amateur photographer, as evidenced by albums of 1850s photographs collected at Camden Park. Although closer inspection of these suggests that other photographers were mainly responsible, the informal photographs of family groups at Camden Park are probably by Macarthur.

In his declining years, Macarthur suffered from deafness and paralysis of the legs. He also had disagreements with his brother Edward, regarding his stewardship of Edward’s properties. He died on 29 October 1882 and was interred in the family vault at Camden. His estate of £38,000 was left to his niece, Elizabeth.