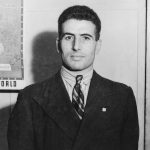 Tremors from the fall of France in June 1940 jolted the lives of French citizens around the globe – even in distant Australia. The decision of the new French administration, under Philippe Pétain, to seek an armistice with Nazi Germany divided opinion. For many, at least initially, the move seemed to offer reprieve; for others it only deepened despair. When André Brenac, an expatriate Frenchman living in Sydney, heard on short-wave radio Charles de Gaulle’s spirited call for his fellow French everywhere to reject the idea of capitulation, he responded enthusiastically. A few months later Brenac became de Gaulle’s representative in Australia of France Libre, the Free French movement that refused to endorse Pétain’s Vichy-based regime and came to embody the spirit of French resistance.

Brenac was born in 1902 at Mazamet, a small town in the Languedoc region notable for its fellmongery (sheepskins) industry. After a course in agronomy, a spell of military service, and extensive travel with a cousin, Brenac joined his brother George in Sydney to work as a buyer of sheepskins. He was twenty-five years of age. Two years later he married Henriette Segaert, daughter of the consul-general for Belgium, and settled into the congenial atmosphere of Sydney’s French community; four of their six children were subsequently born in Sydney.

At the core of the community, a sizeable cohort of prosperous, culturally rich and socially homogeneous wool-buyers represented seventy or so textile-manufacturing companies located on the Franco-Belgian border. When the price of wool and sheepskins plummeted during the Great Depression, Brenac changed direction by opening a merchandising business together with Henriette’s brother. The company thrived until trade in general withered at the outbreak of World War II.

A few days after de Gaulle’s repudiation of Pétain’s pact with Hitler, Australia’s French consul-general, Jean Trémoulet, called together Sydney’s French citizens to discuss the tragic events at home. He offered his hearers no comfort, nor did he mention Charles de Gaulle. In a highly charged speech André Brenac responded to Trémoulet’s negativity by urging his listeners not to give up hope. He proposed sending a telegram of support to de Gaulle, a proposal unanimously adopted by the meeting. Later in the day Brenac was one of three Frenchmen elected to pursue the matter. Thenceforth, Brenac devoted himself to the Gaullist venture that had inspired him.

The Australian Department of External Affairs became Brenac’s conduit with the government, departmental archives closely tracking his path and that of the Free French (sometimes referred to as the ‘Fighting French’). While the authorities sometimes criticised Brenac, they more often took a supportive interest in his activities, the movement’s day-to-day functioning, and the machinations of the movement’s enemies in the Vichy camp. The individual in Australia most obviously hostile to the cause was Consul-General Trémoulet, whose tenure the government terminated in November 1940 over national security issues. Another Vichy-aligned consul, Charles Lancial, succeeded Trémoulet early in 1941 and similarly opposed the Gaullists. But it was already too late to stop Australia’s Free French movement in its tracks.

The first general meeting, in March 1941, elected a committee of four with Brenac, representing de Gaulle, as chairman, and Albert Sourdin, editor of the local French newspaper Le Courrier Australien, as secretary. Under Sourdin this weekly journal became a powerful vehicle for Free French propaganda. Brenac himself acted as leader-writer and interim manager for some months. Meanwhile he kept in close touch with both de Gaulle and the Australian government, helped to draw up a constitution for the movement, and generally steered its course. Later, with local committees established in most state capitals and a number of rural areas, Brenac made a number of interstate visits. He chaired the weekly meetings of the Free French committee, wrote numerous press-releases, and from time to time broadcast talks in English over Australian radio networks.

Membership numbers climbed steadily in the next couple of years, with hundreds of Australians joining the French citizens already enrolled. Cash donations, membership fees (five shillings per annum), and the proceeds of Free French badge sales and social functions – balls, film nights, plays, street stalls, concerts – poured into the movement’s Free French Forces Appeal fund. Nearly half of the French men and women registered with their consulate became members and continued to subscribe annually throughout the life of the movement.

In June 1942 de Gaulle raised Brenac’s status to that of delegate to the French National Committee. Paradoxically, this promotion seems to have helped diminish rather than enhance his authority. His enemies in the pro-Vichy minority had always plotted to undermine him, but now certain dissidents from within the Gaullist majority began to make personal attacks on his integrity. In mid-1943 the normally equable Brenac dealt sternly with the man he regarded as the main troublemaker, who was obliged to resign from his committee position. At about the same time, and perhaps partly for reasons of stress, Brenac asked de Gaulle to release him for active service on the front line. The request was refused. When Brenac later expressed anxiety about his lack of training in diplomacy, de Gaulle declined to replace him. However, early in 1944, with the liberation of France imminent, the French government chose a career diplomat to take charge in Australia, and shortly after appointed Brenac to a position in the French consulate at Cape Town, South Africa. Subsequently, after taking the requisite examinations, he represented his country in Egypt, the Cameroons, Morocco, and finally Belgium. He and Henriette returned to France when he retired in 1968, living in the French countryside until he died, just before his ninety-seventh birthday, in 1999.

While André Brenac cannot be said to have won the wholehearted support of all his compatriots, his fostering of the Free French movement and French-Australian relations should not be underestimated. At a time of unprecedented crisis for Australia, and of desperation for France, Brenac proved himself worthy of a place in the history of both countries.